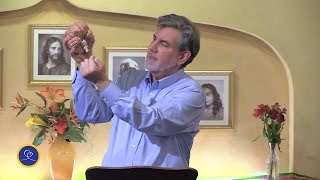 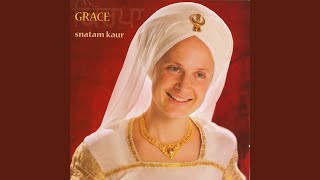 There are so many ways to celebrate a full moon and to tap into the energy offered by our Universe in a ceremonial way. This month I cleansed my crystals and set them outside to re-energize with the moon and Jupiter’s influence all day and night.

Like everyone, I had other things going on-picking up kids, making a late dinner for my family as Joe worked late, ect. but in between things I lit the candles and the incense, keeping a consciousness of love, peace, gratitude through all my tasks and chores, excitedly anticipating our “intention” ceremony.

I started the campfire at 9pm and Joe joined me. While we waited for the moon to crest our little piece of the sky we talked about life, we read up on the night’s sky and the different influences of this night’s moon and planetary positions and opened ourselves up to receiving the beneficial energies being projected. As the moon made its way into our view around midnight we stood and meditatively grew our roots into the earth connecting to the mother, and connected to the bright light of the source at our crowns. We merged the two energies within our bodies, feeling the power and the healing and the love that comes with that ritual.

When she was full in our sight and we felt her beaming down on us along with Jupiter, we each took a pine cone into our hands. We mentally and visually created our intentions and once we could feel those intentions as if they were real, and fully realized with gratitude and excitement, we threw the pine cone into the fire and made sure it burned while we thanked the Universe. we did this over and over with every intention.

Because it was late we’d let the fire die down, so with each toss of the pine cone, we worked the fire with sticks and breath to get the cone to light up. Joe had to work pretty hard on a few of them and I was filled with love and gratitude for him that he so totally has my back to the point that he’s using all his life force energy (breath) to make sure my intentions come to manifestation. I said to him with thanks : “you are the power to my intentions.” And it was an AH-HA moment for us both, no doubt offered to us from the Heavens. That is the core truth to us: Joe is POWER and I am the inspiration and intentions. In all categories of our lives, this is who we are to each other. It was a teary and “huggy” moment. 😉

I’ll tell you about the incredible results that have already happened in just a moment, but wanted to mention also that once the fire was put to rest and we went to bed, we opened the bedside window and watched the moon cover Jupiter. We bathed in the power of that energetic merge projection for as long as the moon stayed in the frame of our sight. I don’t think we went to sleep until well after 2am. Oh the power!

Joe set 2 intentions, and I set 8. Each pine cone burned fully except one: the complete healing of the earth, the universe and all the people and life on the planet-and believe me, we REALLY tried!

My first intention was the total healing of a friend we’ll call “Hope”. She had surgery 5 days before but had been rushed to the hospital via ambulance and needed a blood transfusion on Sunday, the day before full moon. On Monday she was still very sick. Tuesday morning I sent her a message letting her know about the full moon intention ceremony and that I offered her my first intention. She replied “I have chills!... This morning I woke up, went up the stairs, took a shower, blew my hair dry and walked! I honestly feel like a new person today!!” She went on to totally rock her PT appointment too!

Part of my second intention (Intentions for my children) was for my daughter. That afternoon she called to tell me that she had lost her college scholarships by 2/10ths of a point and for a couple of weeks had been trying to figure out what different options she had before she brought the news to me. She had a meeting with someone at her school the next day. My intention was exactly this: “Everything that Emma told me on the phone today will be completely erased from time and space.” When she called to tell me about her meeting she said “Everything’s, fine. I don’t know what that was all about, but I didn’t lose anything, everything is exactly the way it was last year!”

Part of my 3rd intention (family and friends who are family) was for someone who had recently gotten laid off. That morning this person had a phone interview with a recruiter for a position they really felt strongly about. Before the interview I sat in prayer for them asking that “the interview reveal a truthful representation of both parties and a clear understanding of one another.” They called to tell me that the recruiter said they weren’t the right person for that particular job. My Full Moon intention that evening was for the perfect position to cross their path right away. The next day I received a message that to their surprise, the recruiter called back and said they had actually PASSED the phone interview for that position, and now, today actually, they have a face to face interview scheduled!

That’s what I’ve got so far, appx 18 hours after our intentions were set.

And just so you know, every single one of you were included in my intentions for love, Healing, health and happiness.

Intentional thoughts, words and actions (intentional Living) and Purposeful Prayer with total faith and expectation are the cornerstones of my life. They are two components of the daily practices of Living A Light Filled Life. These are the reasons I’ve been witness to countless miracles and why my life is magically blessed.

So…. whose gonna start being more serious about setting intentions for their lives and setting aside time to pray for others with me? ❤

Abundant Blessings until next time!